29 C
Pune, Maharastra
Home Business Why TATA Nano did not make it?

Consider the contrast with Renault’s Kwid, another car inspired by the idea of “frugal engineering”. Far from looking cheap, it tries to resemble a mini SUV. And, after selling over 100,000 Kwids, Renault is making money on it.

Then why did Nano fail to deliver, the only reason seems to be is marketing/advertisement. Nano was a car with mixed opinion in the market. The marketing campaign of Nano was a blunder too. The company should never have used the word cheapest car. Majority of people misinterpret the word cheapest by relating it to the quality standard. This fact was even accepted by Mr. Ratan himself. In addition, the company also could not regulate the price of Nano under adverse market conditions/ slow economy. Even its marketing stand ‘the cheapest car‘ was lost when the basic model was tagged with 165000 INR on road (2012). 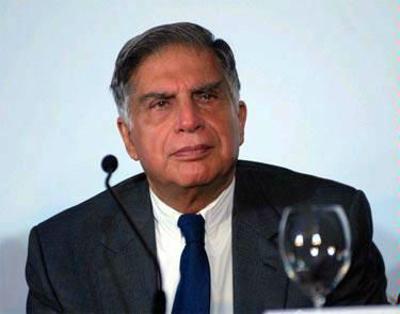 The moniker ‘world’s cheapest car’ which had initially brought an interesting ring to it – as the promise of a car that was easily and economically accessible – is no longer being used as a lucky charm. In fact, Tata Motors seems to have finally grasped that such a positioning has made the Nano appear to be fragile and unreliable to the general public. In fact, Ratan Tata admitted the same in an interview to CNBC, where he said, “It (Nano) became termed as a cheapest car by the public and, I am sorry to say, by ourselves, not by me, but the company when it was marketing it. I think that is unfortunate.”

A college kid would rather pay Rs.80,000 for a cool looking Pulsar motorcycle than a Rs.150,000 cheap car. For older people, the low suspension is really uncomfortable. For family people, there is not enough space to keep stuff. Nano is priced at a range where it is too expensive for the lower middle class and too shabby for the upper middle class. The class in between always looks to the upper class & upper middle class, and thus avoided altogether.

In India, intra-city transportation is fairly well addressed by auto rickshaws and taxis. It is the intercity transportation that middle class often needs the car for (such as going to your family temple or visiting in-laws). These roads range from fast highways to untopped mudroads. Nano is terrible on both these roads.

Tata made it look utilitarian. However, Indian car buyers are not utilitarian but aspirational. They want to show-off their car. Tata’s marketing made sure that the car looked “cheap” and not “hip”.

Today, the Tata Nano has been trying to revamp itself and bring about a modernized avatar, with more safety features and a better marketing strategy in place. Of course, the price of the car has also seen an increase, thanks to these changes in tactics and techniques.

It is now to be seen if the new and improved version of the Tata Nano takes off as expected, unlike the earlier version which was, in reality, quite a major disaster.

Good News: Foodies get ready! Your pockets may be Relieved off GST

Is IT Industry Coming to an end?

WE ARE TRYING TO CHANGE THE PERSPECTIVE THAT “CONSERVATIVES RESIST CHANGES AND ARE SOCIALLY AWKWARD”. NO, WE ARE NOT. WE EVOLVE LIKE OUR FELLOW HUMANS. WE ADAPT. AND WE WOULD, MOST DEFINITELY, LIKE TO BRING ABOUT A POSITIVE CHANGE IN THE SOCIETY.
Contact us: wiseindiantongue@gmail.com